A DDoS attack proves one of the prioritized concerns in cybersecurity. Blocking these attacks is particularly challenging because harmful traffic isn’t coming from a single source.

If you’re searching for ways to prevent and mitigate this kind of attack, you’ve landed in the right place.

This post centers on the signs of DDoS attacks and introduces the 2 best examples for this issue. Then, let’s continue with DDoS statistics in 2021 and 3 useful methods to stop DDoS attacks.

Firstly, we’ll explain the definition of a DDoS attack.

What is a DDOS Attack?

DDoS stands for Distributed-Denial-of-Service. Basically, it means that a wave of data prevents you from accessing your networks such as your server or web host.

Distributed denial-of-service attacks aim to overwhelm websites with more traffic than the server or network can adapt. The traffic may come from incoming messages, requests for connections, or fake packets. It leads to an inoperable website or service.

There are typical targets for DDoS attacks including:

The following parts will highlight notable milestones in the growth of this cybercrime. 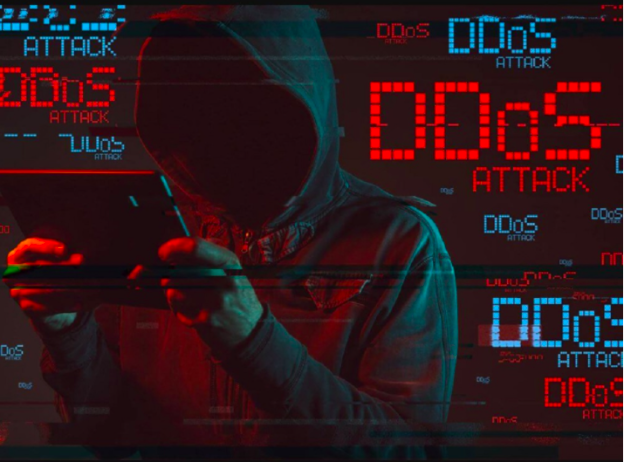 DDoS firstly occurred in 1996. At that time, the system of Panix, the oldest Internet Service Provider (ISP) in New York was swamped with an SYN flood. It directly affected Panix’s business and caused huge losses.

It was said that a large number of SYN packets were transmitted. And the server couldn’t respond to customer requests. A global spanning group of Internet gurus spent about 36 hours of harsh work recovering control of the Panix website.

How to Identify a DDoS Attack

Your system is found to suffer from DDoS when the 503 “Service Unavailable” error appears continuously. However, monitoring 503 responses will be too late for you to prevent the threat as it means your server is already attacked.

On the other hand, HTTP 404 can be your better solution. A 404 response explains that the server couldn’t respond to the customers’ requests despite trying to communicate with a browser. Thanks to baseline metrics, you can create custom alerts to get real-time notifications about how many times the 404 has occurred.

In reality, a DDoS attack sometimes appears without warning. Hackers won’t send threats before committing the crime. Whenever you find your website server or hosting domain down, it can be a DDoS attack. Hence you’d better understand the attack signs to quickly realize whether you’re under a DDoS attack or not.

Keep reading to know some of the latest DDoS attacks in the world.

Amazon Web Services (AWS) recently defended against a DDoS attack with a peak traffic capacity of 2.3 Tbps. It’s considered the largest ever recorded in February 2020. According to the Q1 2020 threat report, the attack was stopped by AWS Shield. This service is designed to prevent customers of the Amazon platform from DDoS attacks, bugs, and vulnerabilities.

The attack lasted for three days and expanded the amount of data sent to the victim’s IP address from 56 to 70 times. AWS hosting customers were reported to lose revenue and suffer from serious brand damage. Although the  disturbance caused by the DDoS attack wasn’t as intense as it could be.

Another DDoS attack example took place in GitHub, a software developer. The platform was hit by 1.35 terabits per second of data. This attack lasted 20 minutes in February 2018. Until now, the reason and the hacker behind this case haven’t been announced.

Chart of the DDoS attack on GitHub in 2018 (Source: Wired)

Here are some of the most popular DDoS attack statistics:

#1. Total damage of Cybercrime rises by $6 trillion all over the world.

Cybersecurity Ventures supposes that global cybercrime losses will rise by 15 percent per year for the next five years. It can reach $10.5 trillion annually by 2025.

The world economy will fluctuate unpredictably due to cybercrime. The innovation and investment incentives are also risky. Damages are expected to be much larger than natural disasters every year.

#2. The amount of DDoS attacks will increase rapidly.

According to the Cisco report, DDoS attacks gain more and more popularity. They predict the number of DDoS attacks will double to 15.4 million by 2023.

One of the best ways to keep your business networks function properly is through strong security practices. They include strong passwords, anti-phishing methods, and firewalls that reduce undefined traffic from outside. Although only this measure will not block DDoS attacks, it plays a vital role in protecting your network.

When it comes to security, keeping network architecture safe appears to be a high priority. Your organization should create more than one network resource. If attackers hit one server, the others can still manage the network traffic without being disturbed.

It’s great if your business servers locate in different zones. Attackers will find it difficult to approach geographical resources.

There are some common symptoms of a DDoS attack that you should know. The first sign of DDoS attacks is that you may disconnect from the Internet. Or sometimes it blocks you from accessing any websites.

If your network or website loads slowly, your network likely is experiencing a DDoS. Hence, you should take action immediately.

Protect Your Business From DDoS Attacks

The DDoS attackers will send numerous requests to their targeted web resource. When the website is overload, it cannot handle multiple requests and run properly.

DDoS attacks can worsen your site speed, decrease productivity, and impact the bottom line. By taking our 3 proactive approaches, you can defend against DDoS attacks and minimize service disruptions.

Feel free to leave your comment below if you have any questions about DDoS attacks.

Wanna get the latest WordPress news and product updates from our team? Simply enter your email below.

It takes only 3 seconds to protect your hard-to-produce content. What are you waiting for?